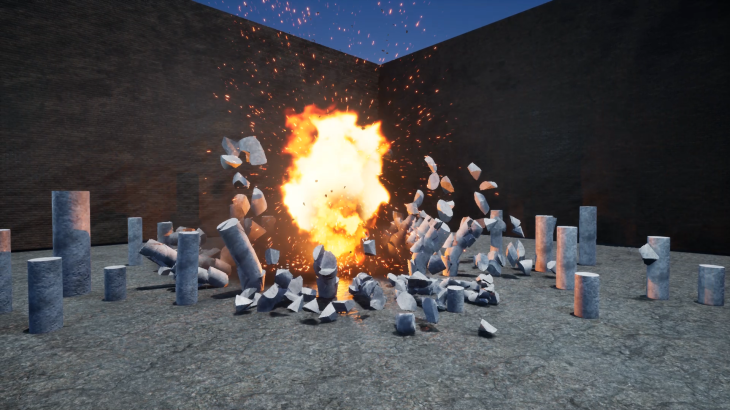 I generated the smoke and noise textures using a smoke sim in Houdini. The texture is tinted red and orange with emissive in a material in order to make it appear as fire. The ground decal was done in photoshop. The rock debris from the explosion are also meshes that were generated in Houdini. The larger rocks on the ground are simply instances of a destructible mesh made out of a cylinder. The texture for the rock and everything else is from Unreal Engine’s standard assets. 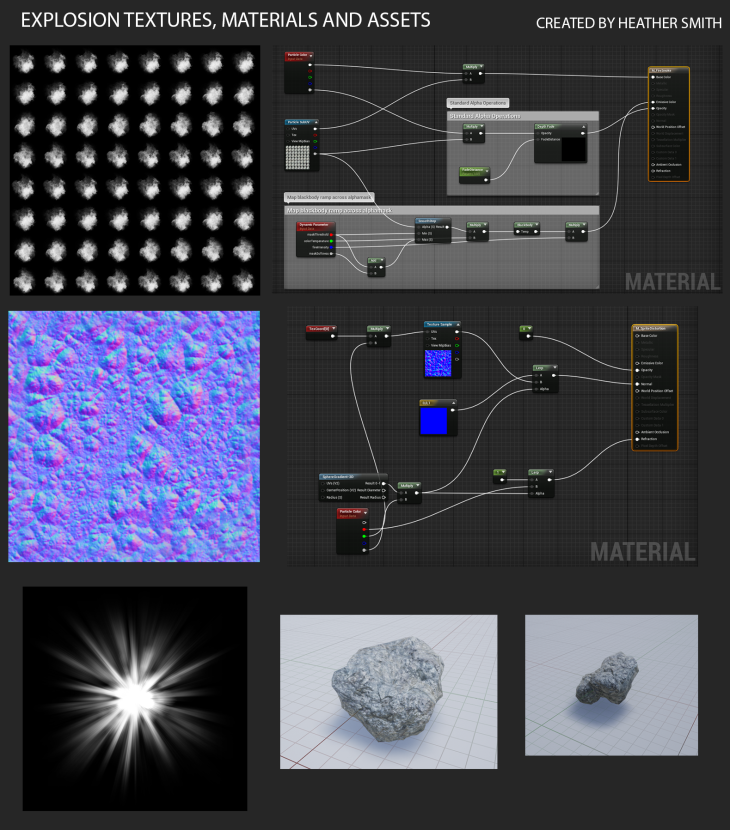